An expo festival of digital terrestrial TV was held in Managua, Nicaragua on March 21, 2018.

Since May 2017 when Ministry of Internal Affairs and Communications of Japan (MIC) signed a memorandum with Instituto Nicaragüense de Telecomunicaciones y Correos (TELCOR) on terrestrial digital television, MIC has been extending its support and cooperation to Nicaragua for the trial broadcasting.

The Japanese delegation to celebrate this festival was headed by Mr. S. Takagi, Director-General for International Affairs of Global Strategy Bureau of MIC, together with Mr. H. Ogawa, Director for Digital Broadcasting Technology Division, as well as Mr. H. Horikawa, JICA Expert in digital TV broadcasting, the representatives from DiBEG member companies such as NHK ITEC, Hitachi Kokusai, Maspro, and also including ARIB/DiBEG secretariat.

After the national anthems of both countries were played, the ceremony started; where Mr. O. Castillo, Mr. S. Takagi and Dr. M. Sugawara, Chairman of DiBEG, each made a congratulatory speech.

Mr. Yasuji Sakaguchi of NHK ITEC, who undertook the MIC project for the support of the trial digital terrestrial TV broadcasting, made a presentation on the outline of the digital TV system delivered to Canal-6 this time.

The Digital Switch-On was performed by Mr. O. Castillo of TELCOR.

With the successful digital terrestrial TV reception, the ceremony was fully completed. 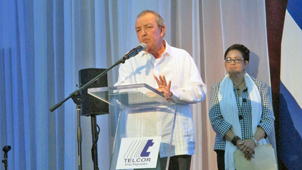 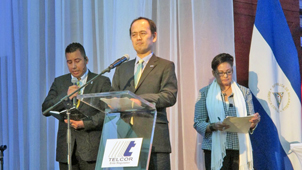 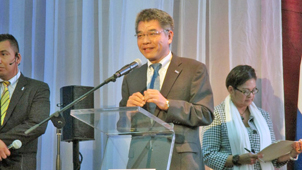 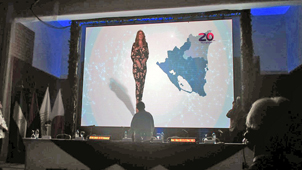 The instant of Digital Switch-On 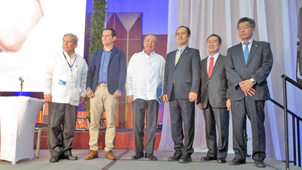 Honorable Speakers at the ceremony 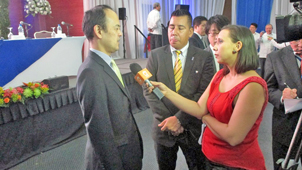 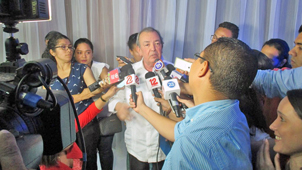