On June 15, 2017, the 28th Ceremony of Radio Achievement Award was held by ARIB, where Mr. Olímpio José Franco, Superintendent of Sociedade Brasileira de Engenharia de Televisão (SET) of Brazil, got the Award by the Minister of Internal Affairs and Communications (MIC) for his contribution to the adoption and smooth introduction of Terrestrial Digital Television Broadcasting System (ISDB-T) in Brazil and international dissemination of the system.

While he could not join the award ceremony in June, taking the opportunity that he could come to Japan this time, DiBEG (Digital Broadcasting Engineers Group) planned and hosted a party to congratulate him, in which the prize was handed over to him at the Meiji Kinenkan on November 14th.

About 60 people participated in the party to celebrate him, from MIC, NHK, private broadcasters, broadcast equipment suppliers, etc. who have been involved not only in the ISDB-T marketing to Brazil but also in the international promotion of ISDB-T.

At first the award certificate was handed to Mr. Franco by Ms. M. Yamada, Director-General of the Information and Communications Bureau of MIC. 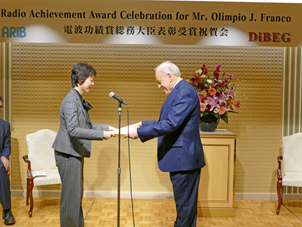 The Award Certificate is given to Mr. Franco by Ms. Yamada 1 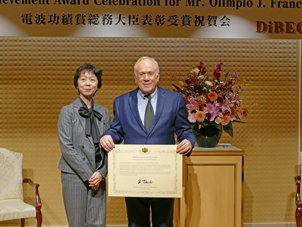 The Award Certificate is given to Mr. Franco by Ms. Yamada 2

Then, Ms. Yamada and Dr. Sarquis J. B. Sarquis, Chargé d’Affaires ad interim of the Federative Republic of Brazil in Japan, each made a speech of congratulations, and Mr. Franco also made a speech upon receiving the Award. 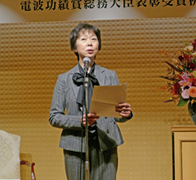 Ms. Yamada during her speech 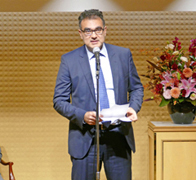 Dr. Sarquis during his speech 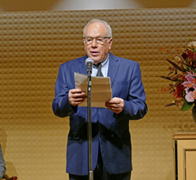 Mr. Olimpio Franco during his speech

The Kampai (Toast!) was proposed by Mr. Atsumi Sugimoto, the 1st Chairman of DiBEG, who had closely worked together with Mr. Franco toward the Brazilian adoption of ISBD-T and the subsequent dissemination of the system to the neighboring countries. 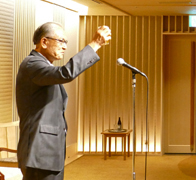 During the party, Mr. A. Chigono, Executive Director and Chief of Engineering of NHK, expressed his high appreciation to Mr. Franco’s contribution to the international promotion of ISDB-T, and emphasized the significance of further close collaboration between Japan and Brazil. Also, Mr. H. Fuseda, Director of Technology Policy Division of MIC, made a speech of congratulations to Mr. Franco, based on his past activities in the ISDB-T promotion to Latin America as MIC’s person-in-charge, in which he had worked together and shared hardships with Mr. Franco.

Many participants approached Mr. Franco to congratulate him at this occasion; and the party was concluded by the speech by Dr. M. Sugawara, current Chairman of DiBEG. 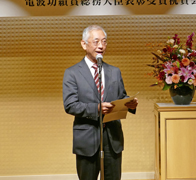 Mr. A. Chigono during his speech 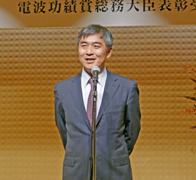 Mr. H. Fuseda during his speech 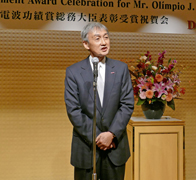 On April 15 at the Japan – Maldives summit meeting, Mr. Abdulla YAMEEN Abdul Gayoom, President of the Republic of Maldiv...
2014.04.15

On September 20, 2011, the document "Data Coding and transmission specification for digital broadcasting" has been revis...
2011.09.20
11th Japan–Philippines JWG Meeting Held in Manila
Participation in the Inter BEE 2017