On this trial, IRTP put EWBS test signal on its digital transmission operated in Lima, and newly developed ISDB-T receiver for South American market by one of the Japanese makers received EWBS signal and showed good designed performance, even when the receivers are switched off it can be activated automatically by the emergency signal and notice warning alert to the viewers.

Because there are many cases of natural disaster such as earthquake in Peru, EWBS is expected one of the most important features of ISDB-T. 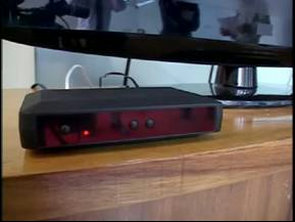 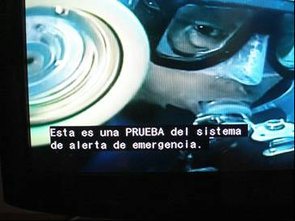 The JICA expert Mr. Sakaguchi explained the EWBS demonstration to the IRTP members.

They were monitoriing the emergency warning message. 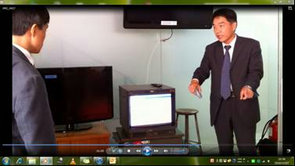 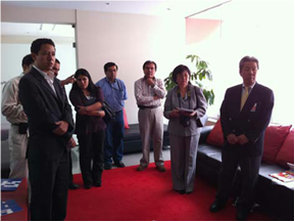 February 10th 2009 Benefits without limits in a single technology: ISDB-T The Standard of Terrestrial Digital Televis...
2009.02.10

ISDB-T seminar and Demonstration in Colombia

Hosted by DiBEG and Japanese Embassy. In seminar, overview / transmission system/service application/receiver & fa...
2008.03.12
Donation of High Definition Outside Broadcasting Van (HD-OB-Van) from Japan to Argentina
Oriental Republic of Uruguay adopts ISDB-T as the standard of the Terrestrial Digital TV