DiBEG hosted ISDB-T Seminar and Demonstration in the Philippines. This time, we operated test transmitter and demonstrated both indoor and outdoor reception. Also, EWS (Emergency Warning System) was introduced and demonstrated. During 2 days, the technical seminar was held for 9 themes. Many participants were impressed by both seminar and demonstration. As the new event of seminar, Filipino members have presentations from their aspects. In demonstration, HDTV + data-casting was shown. …

For this seminar, a lot of presentation topics were prepared;
– What is ISDB-T?
– What is possible?
– What now in service?
– Technical Background of ISDB-T

In addition, the topic of “Comparison of 3 DTTB systems based on the results of the field tests” were presented.

In accordance with the above topics, a lot of of ISDB-T advantages were described such as high quality service and/or service flexibility, better receiving performances under multi-path/fading condition, portable service in same band and Emergency Warning System (EWS: see Presentation3: “Emergency Warning System”).

The demonstration also included a “Live” mobile HD field reception of ISDB-T test signal which is currently ongoing courtesy of GEMNET TV.  The demonstration gained a lot of accolades especially to those who had skepticisms about ISDB-T’s superiority over other DTV standards.  Overall, the participants were very impressed With the outcome of the demonstration.

DiBEG will continue to conduct seminars and demonstrations to further promote ISDB-T.

For the details of the seminar and demonstration

Digital Television is a technology that allows broadcasters to deliver superior picture and audio quality services that will enhance the viewing experience of the people at your home, inside a car/bus/train and even on your mobile phone or other portable TV devices. It should also provide additional services that were previously not possible through Analog Broadcast such as Datacasting Services (Weather, traffic, public information, sports, etc.), Interactivity and most especially Emergency Warning Broadcast Services (EWBS). These services will let Filipino population get more attractive and better life.

In the selection of the Digital Television Standard for the country, ISDB-T is the most preferable for the Philippines because ISDB-T is the only one standard that has all of excellent features written above.

ISDB-T is a technology designed and built to provide excellent viewing experience to the people. It can provide broadcasters the chance to choose HDTV broadcasting or multiple-SDTV broadcasting, and let them to broadcast to both Fixed receivers and Mobile/Handheld receivers. It also allows broadcasters to serve technical implementation that has already been proven and in service such as Datacasting Services, Interactivity and EWBS. Which are unrivalled by any other DTV standard.

Especially, Emergency Warning Broadcast System allows people with receivers to immediately receive warning information. The Philippines is a country that is located right above the equator encountering several typhoons/calamities, floods, landslides every year that results to loss of life and damage to properties. Aside from that, the country also is situated on an area called the “Pacific Ring of Fire” that experiences occasional volcanic and seismic activities.

ISDB-T paves the way for the expeditious delivery of warning advisories from various government agencies (PAGASA, Philvocs, NDCC, DECS/CHED, etc.) directly to the people. This feature is in actual operation on only ISDB-T and cannot be found in any other DTV standard.

ISDB-T receiver cost depends on the features that the viewer needs. The low cost receiver which could be available at $30 has been announced by MIC (Ministry of Internal Affairs and Communications, Japan). This will greatly minimize the impact of DTV transition and migration.

ISDB-T indeed is the best fit DTV standard for the Philippines and with the benefit of the Filipino People ahead of anything else. They will be assured of a superior DTV service that will serve them for many years to come.

Totally 9 themes were presented during 2 days.  For details, please click each title.

Demonstration of ISDB-T was held simultaneously in same room of seminar.  In the exhibition, participant saw wide variety of services such as HDTV program, data broadcasting, mobile TV service called One-Seg, EWS (Emergency Warning System), and some kinds of flat display panel TV set and One-Seg receivers such as cellular phones, notebook PC.
The details of each demonstration are introduced in next corner.

As shown in following figure, the test signal was transmitted from GEMNET transmitter station with 400W, channel 49. Signal contents for demonstration was “HDTV + One-Seg with data-casting” In Rembrandt Hotel, receive this test signal and demonstrate various configuration.

ISDB-T has many variety of TV service type.

There are some mobile reception receivers for One-Seg of various forms.  The mobile telephone which had One-Seg built-in is the most popular.  Besides that, there are various forms of One-Seg built-in equipments as electronic dictionary, DVD player, portable navigators, game instruments, etc.

Some ISDB-T receivers for in-vehicle use are already marketed in Japan.  They can continue receiving high-vision broadcast in stable during movement with both high robustness of ISDB-T system and the diversity antenna systems.  In mobile reception demonstration, ISDB-T receiver for vehicle and 11 inches car monitor were demonstrated with stable high-vision reception in running. 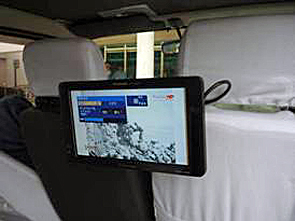 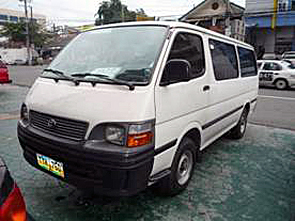 On June 15, 2017, the 28th Ceremony of Radio Achievement Award was held by ARIB, where Mr. Olímpio José Franco, Superint...
2017.11.14
Digital TV Forum in Colombia
Conference for the terrestrial digital TV and the demonstration of the ISDB-T at CAPER 2008 in Argentine