The InterBEE (International Broadcast Equipment and Exhibition) 2015 was held from November 18 through 20th at the Makuhari Messe in Japan, where ARIB/DiBEG participated in the exhibition for promotional activities on ISDB-T.  This was the 2nd time of participation for ARIB/DiBEG.

The InterBEE was its 51st, with the largest number of exhibitors of 996, including 540 foreign companies from 31 countries.

At the ARIB/DiBEG booth we introduced the latest standardization activities in the field of broadcasting together with the international promotion of the ISDB-T, with some panels and pamphlets.

As last year, the ARIB/DiBEG booth was located right next to SET Brazil’s booth; and we could smoothly collaborate for the ISDB-T promotional activities. 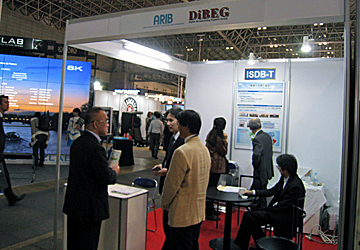 Literatures handed out at the Booth 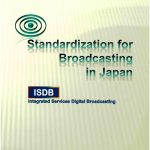 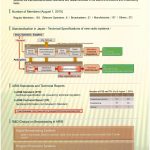 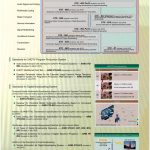 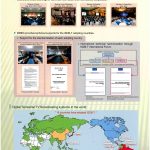 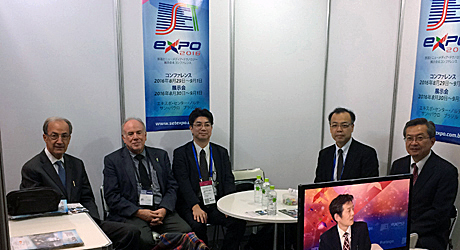 Photo taken at the SET Booth right next to ARIB/DiBEG booth
(1st from left is Mr. Fernando Bittencourt, SET Vice-President; 2nd is Mr. Olimpio Franco, SET President.)On Wednesday 18th Mr. Olimpio Franco, President of SET, and also Mr. Fernando Bittencourt, Vice President of SET, made presentations at the “Special Forum from SET” together with 2 other Brazilian speakers, focusing on the preparations for the analog TV switch-off in Brazil and the latest situation of broadcasting in Latin America. 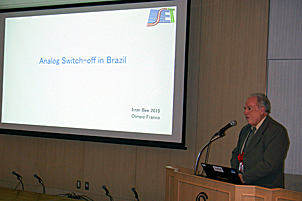 Mr. Olimpio Franco, President of SET at the forum 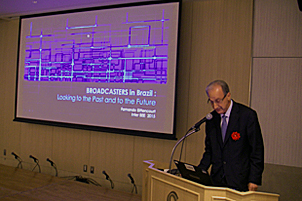 Mr. Fernando Bittencourt, Vice President of SET at the forum

A Japanese broadcasting senior expert have been staying in Peru as Adviser for Digital Television and cooperating for th...
2011.01.28

Digital TV Seminar and Demonstration in the Philippines

DiBEG hosted ISDB-T Seminar and Demonstration in the Philippines. This time, we operated test transmitter and demonstrat...
2008.10.09