The “ISDB-T International Seminar of New Technology in Peru” was held in Lima, Peru, on October 28 and 29, 2013, organized by INICTEL (National Institute for Research and Training in Telecommunications – National Engineering University) and JICA.
The Seminar was based on the request by INICTEL to Japan to get to know the latest broadcasting technologies in Japan and also get trained of various services available in the field of new telecommunications and broadcasting.

The speakers from the Peruvian side included the following;

There were approximately 600 people attended the two-day Seminar, from MTC, INICTEL, IRTP, universities and other organizations, and they actively participated in the Q&A sessions.

INICTEL Convention Center, the Seminar Venue and the banner 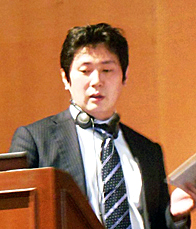 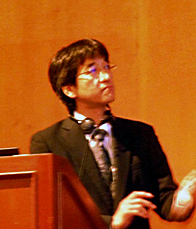 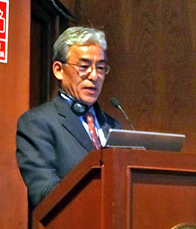 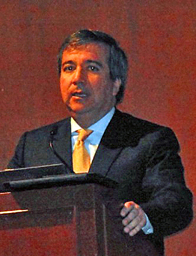 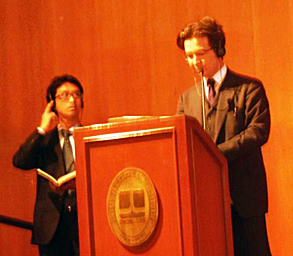 The governments of Japan and the Philippines have been holding a series of Japan-Philippines Joint Working Group (JWG) m...
2017.09.23

The SET EXPO 2017, the largest conference and exhibition in Latin American broadcasting, was held by SET (Sociedade Bras...
2017.08.21

On May 1, 2014 Sistema Nacional de Radio y Televisión, the national broadcasting organization of Costa Rica, officially ...
2014.05.01
An Article about the Standardization of EWBS
Re-assertion of the Republic of the Philippines to Adopt Japanese-Brazilian System for Digital Terrestrial Television Broadcasting (Ministry of Internal Affairs and Communications Website)