he 4th regular meeting between ARIB/DiBEG and SBTVD Forum was held in Sao Paulo on August 22 at the Expo Center Norte during the SET EXPO 2017. 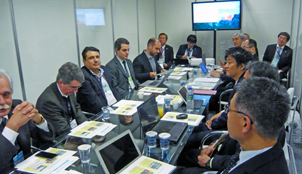 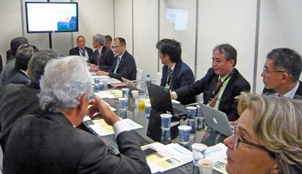 They discussed next generation terrestrial digital TV broadcasting and the harmonization between Ginga and Hybridcast, and will continue exchange of information, views and opinions toward the next meeting opportunity.

Regarding the revision and updating of the ABNT/ARIB Joint Documents, both sides agreed to continue their works on those related documents toward the next meeting opportunity.

It was agreed to have the next regular meeting between ARIB/DiBEG and SBTVD Forum to be held in April, 2018 in Las Vegas during the NAB Show.

On Tuesday May 20, Minister of Internal Affairs and Communications remarked on the adoption of ISDB-T, the Japanese digi...
2014.05.20