On Thursday, 5 November, Digital TV international Forum, of which purpose was to start the process of selecting the standard of digital terrestrial digital TV, held in San Jose, Costa Rica. The representative of DiBEG made an explanation of ISDB-T in the cooperation with SBTVD (Society of Brazilian Digital TV). In addition, DiBEG and SBTVD had a demonstration of the digital terrestrial TV, such as HDTV display, One-seg cellular TV receiver, and potable TV receiver.

This event was the first promotion activity of DiBEG in Central America. At the beginning of the seminar, the concerned ministers signed the official document for the establishment of Digital TV committee, which is responsible of the decision of the standard. More than hundred people took part in the seminar and experienced the world of the digital TV. They were impressed with the advanced technology which was shown at the demonstration and keen to introducing it as soon as possible.

The decision of the digital TV standard is scheduled to be made by the end of next March in Costa Rica. 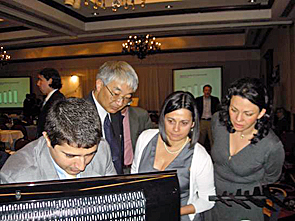 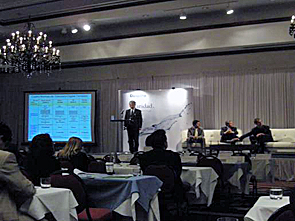 The presentation and discussion in the seminar