Prior to this start of DTT, on April 29, there was a ceremony held at the Office of Presidency, signing on the “ACUERDO EJECUTIVO N° 023-2014-TEL-MICITT” which designates the digital broadcasting channel to the national broadcaster. 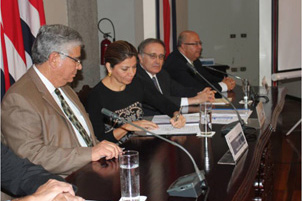 At this signing ceremony, Mr. Tomofumi Yoshimi, JICA Expert in Costa Rica from Japan, was awarded a gift directly by Her Excellency Laura Chinchilla, President of Costa Rica, for his dedication to the implementation of DTT in Costa Rica for the past few years. 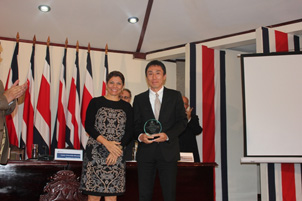 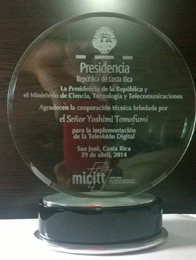 July 12-13, 2010, the National Telecommunications of Thailand hosted a Digital Television seminar which was participated...
2010.07.12