Since the Philippines decided to adopt ISDB-T, both governments have been holding Joint Working Group Meetings several times a year to discuss necessary measures for the ISDB-T implementation in the Philippines, and ARIB/DiBEG has been participating in these meetings to extend support from technical aspects.

NTC explained to the Japanese delegation that they have almost completed the Filipino nationwide channel planning, with the support and cooperation from Japan; that NTC would eventually grant broadcast license to those broadcasters; that DICT would announce the digital migration plan some time in February, 2017; and that they are studying the requests from some of the receiver manufacturers for modification regarding the specifications on EWBS (Emergency Warning Broadcast System) included in the receiver specifications effectuated in April, 2016, etc. Taking this opportunity, ARIB/DiBEG made a presentation and demonstration on the EWBS–related technology. 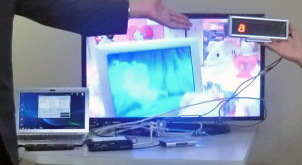 At the end of the Joint Working Group Meeting, Mr. G. Cordoba, NTC Commissioner, expressed his high appreciation to Mr. H. Ito, JICA Expert, for his dedication to the ISDB-T implementation in the entire Philippines, upon fulfilment of his 2-year mission as of the end of November, 2016. 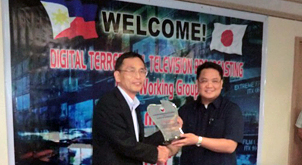 During the SET EXPO 2018, the 6th regular meeting between ARIB/DiBEG and SBTVD Forum was held in Sao Paulo on August 29 ...
2018.08.29
The 2nd International Forum on Digital Terrestrial TV Held in Honduras
Meeting with President of SET, Brazil Held at ARIB Headquarters