The SET EXPO 2019, the largest conference and exhibition of broadcasting in Latin America and organized by SET (Sociedade Brasileira de Engenharia de Televisão), was held from August 26 through 29 at the Expo Center Norte in Sao Paulo, Brazil. 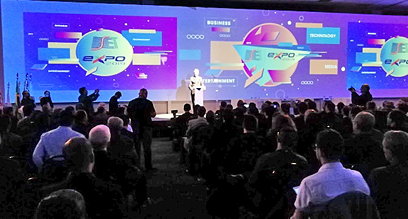 During the conference period there were 56 sessions organized regarding new technologies on next-generation TV, IP-based systems and services, OTT (Over-The-Top) services offered by Hulu, Netflix, Amazon, etc., and at each of the sessions there were active discussions and exchange of new viewpoints and opinions.

At the Opening Ceremony on 27th, Mr. Carlos Fini, President of SET, made an inaugural keynote speech, and Mr. M. Yoshida, Director-General, Information and Communications Bureau of the Ministry of Internal Affairs and Communications (MIC) of Japan, offered a guest greeting as one of the honorable speakers. In one of the sessions followed, Mr. H. Kimura, Director for Digital Broadcasting Technology of MIC, made a presentation on the latest development status of 4K/8K broadcasting in Japan; and at another session Dr. M. Sugawara, Chairman of DiBEG, presented new possibilities brought by the next-generation TV and Hybridcast.

DiBEG participated in the exhibition at the Japan Pavilion set by MIC to promote ISDB-T toward the broadcasters in Latin America, as one of its missions of international promotion of ISDB-T; and in cooperation with Hitachi Kokusai Electric and Maspro Denkoh, exhibited and demonstrated next-generation of terrestrial digital TV, receiving antenna and STB (Set-Top Box) products. 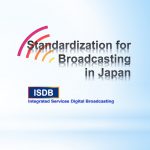 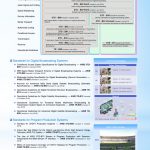 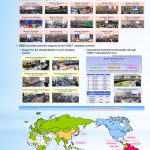 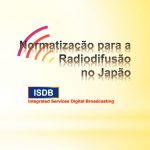 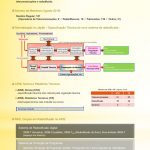 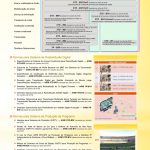 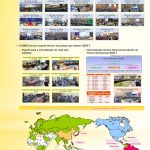 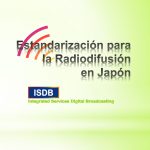 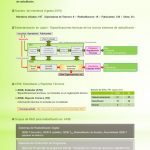 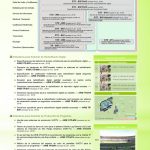 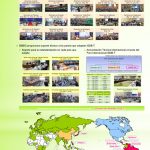 On August 27th, after the Opening Ceremony, Mr. Carlos Fini, President of SET, Mr. E. Amaral, Secretary of Broadcasting at MCTIC (Ministério da Ciência, Tecnologia, Inovações e Comunicações) and some other executives paid a VIP visit to the Japan Pavilion; and in the afternoon, joined by Mr. Fini and Mr. Amaral, the now customary “Kagami-Biraki” ceremony was performed at the Japan Pavilion 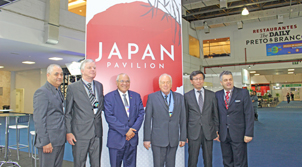 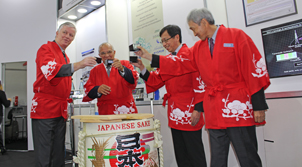