The Digital TV Summit 2017 was held at the Novotel Manila Araneta Center on February 14 and 15 in Manila, the Philippines.

About 400 people participated in the Summit, including the representatives from the Filipino government, academia, broadcasters, manufacturers, etc.  The Japanese delegation was headed by Mr. S. Suzuki, Vice Minister for Policy Coordination of the Ministry of Internal Affairs and Communications (MIC), and included representatives from DiBEG member companies and ARIB/DiBEG secretariat.

The Department of Information and Communications Technology (DICT) of the Philippines officially announced their migration plan toward digital television; and at this occasion DICT hosted this Digital TV Summit 2017.

During the Digital TV Summit on February 14th, there was a ceremony of “Digital Switch On” performed to symbolize the migration from analog to digital television.  While there were plenary sessions going on for 2 days, outlining Filipino broadcasting history up to the introduction of digital TV and the migration plan as well as future plans toward nationwide digital terrestrial television, technical sessions and exhibition were also going on in parallel introducing the ISDB-T technology for the afternoon of February 14th and the whole day of 15th.

On the morning of the first day of the Summit on February 14th, an official announcement was made at the Opening Ceremony, declaring that the digital terrestrial TV services were now launched, attended by the executives from DICT and the National Telecommunications Commission (NTC), together with the Japanese Vice Minister Mr. S. Suzuki, manipulating a lever together to migrate analog TV to digital on the stage. 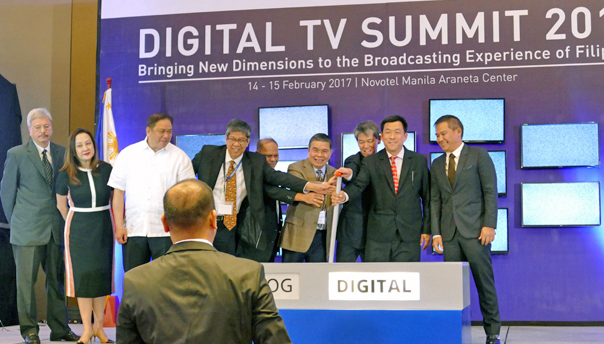 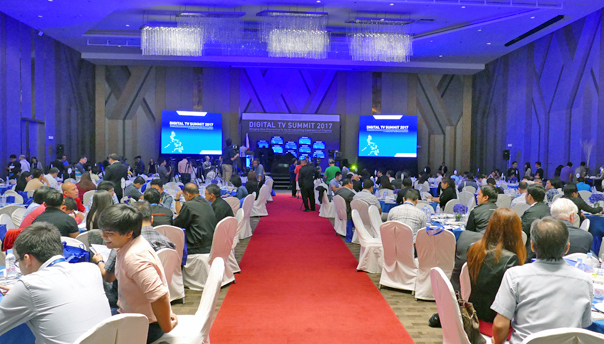 DICT also outlined their migration plan from analog to digital TV, whose official announcement would be on March 31, 2017.  DICT showed their intention to implement the Analog Switch–Off (ASO) nationwide in the coming 4 to 6 years, targeting the completion by the year 2023. 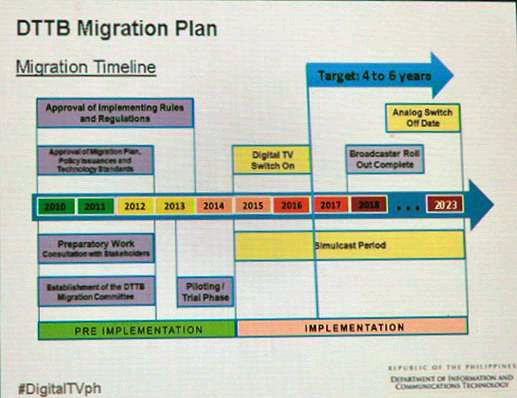 During the sessions the current status of the major broadcasters in the Philippines toward digital terrestrial TV was introduced.  According to ABS–CBN, one of the largest broadcasting corporations, it started digital terrestrial TV as of February 11, 2015, and are currently broadcasting as many as 6 channels of news, entertainment, etc., with the accumulated sale of STBs of more than 2.4 million units.

In addition to the presentations by the above 3 Japanese experts, there were some more presentations made by the Filipino engineering people, regarding the outline of ISDB-T technology, SNF technology, considerations on STL/TTL. etc., where more than 80 people almost filled up the session room with standing participants, exchanging views and opinions actively.  The atmosphere in the hall strongly indicated that the people in the field of broadcasting in the Philippines are eagerly tackling digital terrestrial TV, and they enjoyed this invaluable opportunity. 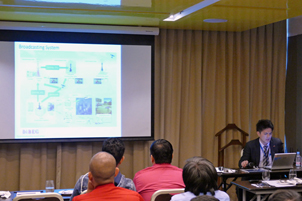 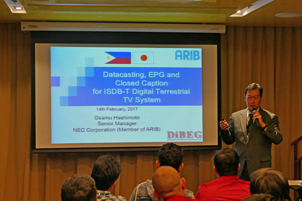 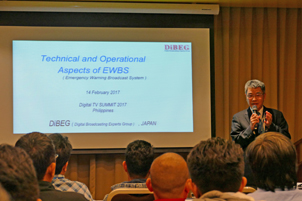 There was also an exhibition area provided, where MIC, ARIB/DiBEG and some of the DiBEG member companies participated.  At the ARIB/DiBEG booth a display of prototype EWBS receiving module and a demonstration of EWBS reception were performed.

ARIB/DiBEG participated in the exhibition under the auspices of MIC, showing the prototype unit of EWBS receiving module developed by NHK Itec, one of the DiBEG member companies.  Also at the ARIB/DiBEG booth pamphlets and leaflets showing ARIB’s recent broadcast standardization activities and DiBEG’s international promotional activities on ISDB-T were handed over to the Summit participants, while also showing videos on the development of EWBS technology, international promotional activities on ISDB-T, etc. 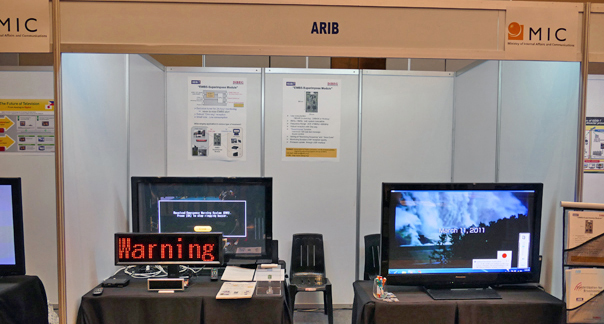 Display at the ARIB/DiBEG Booth

In the exhibition area, not only MIC and DiBEG but also some of the Filipino affiliates of DiBEG member companies such as Sharp Philippines, NEC Philippines, etc. participated.  Also, Philippine Appliance Industry Association (PAIA), a trade association of electro-domestic manufacturers of the Philippines, and some other local organizations joined the exhibition. 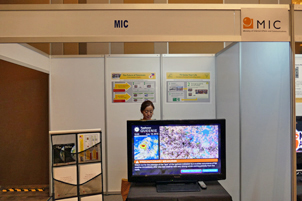 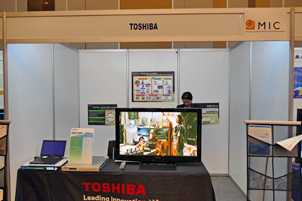 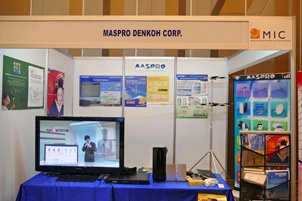 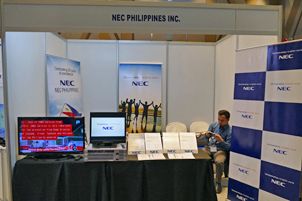 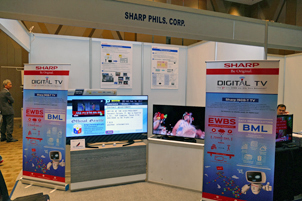 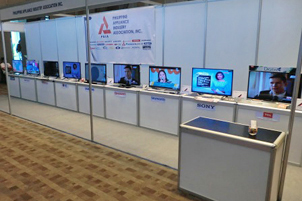 The Technical Harmonization Meeting was held in Sao Paulo on August 21 at the Expo Center Norte among the members of ISD...
2017.08.21
Adoption of Japanese–Brazilian Terrestrial Digital TV Broadcasting System (ISDB-T System) in the Republic of El Salvador (Ministry of Internal Affairs and Communications Website)
Digital Terrestrial TV Seminar Held in Guatemala City, Guatemala