The 48th Celebration for World Telecommunication and Information Society Day (WTISD) was held by the ITU Association of Japan (ITU-AJ President: Mr. Michiaki Ogasawara) at the Keio Plaza Hotel in Tokyo on May 17.

The Encouragement Award: International Cooperation Field was conferred to the Task Force for New ISDB-T countries of DiBEG at this occasion; and Mr. Masahiro Okano, Chairman of the Task Force, reverently received a crystal commemorative plaque.
Also, Mr. Yoshiki Maruyama, Adviser to DiBEG, was conferred the Award for the International Cooperation Field Accomplishment, and received a crystal commemorative plaque.

From viewpoint of furthering international diffusion of terrestrial digital broadcasting standard developed by Japan, in response to countries in Asian and African regions which have newly decided to adopt ISDB-T, by means of holding technology seminars and supporting development of technical standards for transmitters and receivers, etc., contributed to development of each country’s broadcasting field.

As JICA expert in Chile which adopted Japanese system, contributed greatly to the spread of digital broadcasting in the country by providing assistance for launching terrestrial digital broadcasting and formulating master plan.  In addition, his technical assistance in other countries adopting the Japanese system or considering adopting it made significant contributions to Japan’s international cooperation activities as an ARIB/DiBEG (Association of Radio Industries and Businesses / Digital Broadcast Experts Group) Advisor. 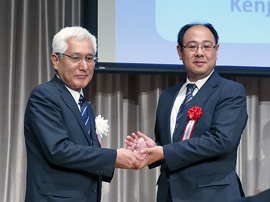 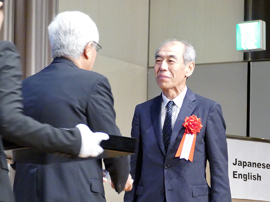 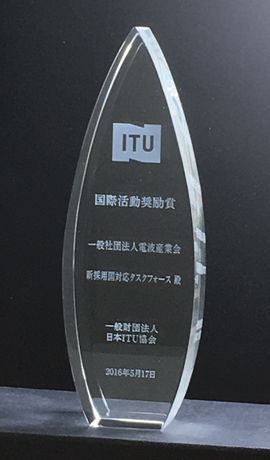 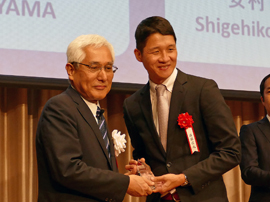 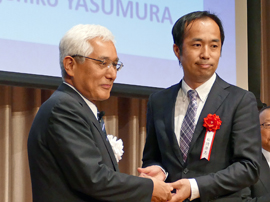 The Technical Harmonization Meeting was held in Sao Paulo on August 21 at the Expo Center Norte among the members of ISD...
2017.08.21